Follow Bold As Love Mom on WordPress.com
Join 1,043 other followers 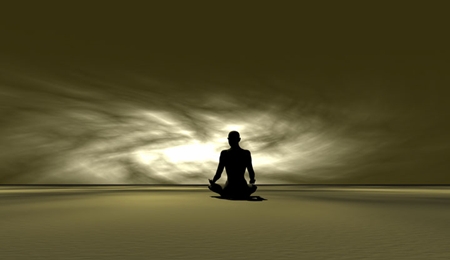 When you come home from taking him to school after he’s been off for a week due to 2 hospitals in a matter of days.  One from being super sick and scaring the shit out of us to taking him to Chicago for his quarterly MRI and port removal and finding out he’s stable but he had a cold and he needed to rest from that and his surgery……you too are sick from being run down, sharing germs and being in and out of hospitals. You load the dishwasher.  Pick up a bit after you use the over the counter stuff for your stuffy nose and ear ache and sit the fuck down with a box of lotion Puffs and put your feet up.  FINALLY.

You sit down.  Laundry was needed to be done all weekend and taking care of some things around the house.  Yes it’s true mom’s don’t get to be sick but neither do dad’s.  Aaron got it too and had to go to work, but I think I have it worse than both of them.  I feel like hell.  But the show must go on!

My mind hasn’t had a moments rest in the past month since Adler developed a new symptom of throwing up on the weekends and then those 6 days of being in the hospital here for 2 nights and 3 days then coming home for 1 day and having to go to Lurie Children’s Hospital in Chicago for 3 days has really taken me down a bit.  Not to mention the past 2 years. Not like oh shit I am super uber depressed, no, just down.  Low.  Not sad really just numb and trying to figure out what now??  What do I do?  How do I stop worrying?  Will I?  I don’t think I ever will.  It will always be there.  Stable or not it will always be there.  Cancer is alive inside him and it lives in my thoughts.  His shunt isn’t visible but it’s there too.  And the adrenal issues aren’t gone yet either.  BUT, the PAIN is gone.  Thank God, or whoever for that one!!  That was shear hell for him and for us to witness.  It made you question everything.  It makes you question everything.

Like when we sat at our dinning room table after dinner one day and decided we wanted to have a baby.  It was “time”.  We were ready for it.  I saw my doctors and one was very opposed to it.  I have heart issues and he was afraid of my condition worsening with pregnancy.  And he was right.  I did have issues at 6 months.  But we did it anyway.  I was so happy to be pregnant with our son.  I sang and read to him and we listened to music everyday.  I had the headphones on my belly all the time.  He loved the blues and metal and 60’s rock n roll!  I fed him with ice cream and love.  He was an emergency C-section because he was face up and I made it 22 hours with no pain meds, but finally gave in and about 10 hours later he was out.  I couldn’t hold him because I was so drugged and out of it.  I still get upset that Aaron got to change the first diaper.

I was told by a healer/medium that Adler and I were in a past life together and that is one reason why we are so bonded.  That he was most likely my brother, father or grandfather because of his paternal instinct with me.  He said, “you knew it the moment you saw him that you knew him”.  And he’s right.  I knew the moment he was pulled out of me, that he was mine and I was his.  We were something special Adler and I.  Yes daddy too, but something about he and I just fit like piece of the puzzle.  He was a good baby and good toddler.  He didn’t give me much trouble about anything except the poor child got his teeth 3-4 at a time and was miserable.  I didn’t get much sleep but I would rather rock him and sing and dance with him to soothe him than not.  He was my love bug.  He still is.  I still sing to him sometimes when he needs it.  Moonlight Drive by The Doors and Bohemian Rhapsody or the classic You Are My Sunshine were my go to songs.

I have always tried to keep him comfortable.  Music at night to soothe.  Lava lamps to shine on the wall and stuffed animals galore to keep him happy.  Healthy snacks always.  He has never had fast food or pop.  He ate all organic foods when he could and milk too and juice up until he got sick.  Then I said fuck it here’s a Dorito and an Oreo.  I teeter back and forth now with both organic and non just to keep him satisfied anyway I can.  And yes the boy has a TON of toys.  And I don’t give on shit about what people think about that.  He isn’t spoiled.  He is well taken care of and an only child.  I don’t have to buy for anyone but him.  And he does appreciate them all.  He is a very bright and loving child.  Always has been.  He is far from a brat.  He is too kind hearted for that action.

So why the history lesson, well because that is the question…..why?  Why Adler??  I am sure every mom who’s child gets sick asks the same question.  And sadly he’s asked me too.  He asked last Friday night as he couldn’t stop vomiting and could barely stay conscious.  He asked “why mommy, why did this happen to me, please tell me?”  And I don’t have an answer.  I try to give him something comforting.  Some type of words to help ease his little anxious mind but I don’t know if they work.  I hold him and hug him and kiss him and love him and just keep telling him that through his tears and mine that I hold back.

We planned for him.  We did all the right stuff.  So yea, Why?  Why him?  I don’t know.  But now, we have a chance to revel in the brightness that is our son.  The rainbow that shines after the storm can be seen now.  It always has been there inside of Adler never fading always present.  Stability means a break.  A break in this storm of this journey we have been put on.  Now we can rest.  We can heal.  Right??  That’s what we are supposed to do.  Focus on the present.  Be in the now.  Hold  on to that light that is so bright right now and take it and run with it.  Run like he can because he couldn’t.  Wake up from the cancer coma and break out of that PAIN prison.  Spring is coming and I want to see him play and enjoy his life as a little boy should.  Shout and run and kick balls and play outside and do all the things little kids do.  Normal little kids.  No chemo.  No weekly visits or monthly visits.  He will still have his every 3 months MRIs. No port to worry about.  No pain to keep from doing whatever he wants.  It is a RELEASE.  We have been given a taste of freedom.  Now, we were told it could be months, years, who knows but goddamn it we will take it!!  I will try my best to tuck that worry away somewhere and let myself feel and enjoy.  NO MORE SURVIVAL MODE.  NO MORE NUMBNESS.  I just typed them, but I don’t know how to feel that.  I am being very honest when I say that.  I don’t.  I truly hope I can.. My therapist will be a world of help.  And hope isn’t shit if you don’t say it, do it and put it out into the universe.

I am not just a talk the talk kind of woman, I walk the walk too.  So I think it’s time to bring that idea of a foundation in Adler’s honor to life and put some energy into helping those that I can however I can.  It’s a journey that certainly requires good ears to listen, shoulders to cry on and people who genuinely care and can help.  I have made some amazing friends through this and I am honored to help them as they help me. Hell, some of them I have never even met but we help each other out one message at a time.

I am emotional to a flaw and as deep as well.  But under the chaos of the waters on top of that well lay calm and still waters that nourish and replenish.  I have become a new person on this journey.  One I didn’t know I could become.  So let us take our time and be gentle and graceful in our healing.  Find that release from all that has trapped us for the last 2 years and find abundance and learn to live again in our exhaustion, one day at a time.  One cry or laugh at a time.  And lots and lots of hugs at a time.  I may never be “balanced” or “centered”.  I am not sure I can be but I can try.  But until then, I will throw on some music, light an incense, run a bath or take a long shower and click on the lava lamps, grab a sexy book or binge watch something British and………..let’s not forget…..FUCK CANCER!!!!